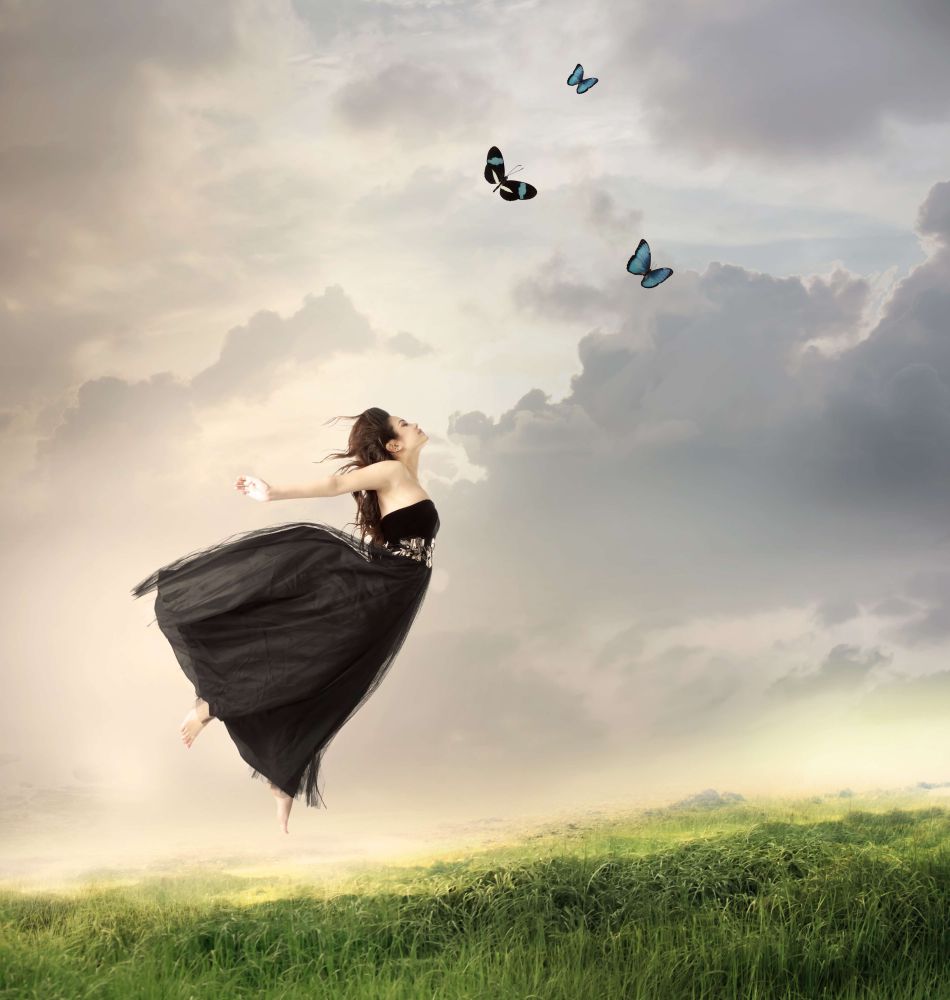 A momentary recoil and I’m again opening my eyes to utter darkness. For as long as I can remember, I’ve always been in this darkness. You might wonder how someone who lives in perpetual darkness can be aware of it. From time to time, the light inside changed. Sometimes light oozed in here and there, but no one knew where it came from. There were rumors going around about people who had discovered the source of this light, but these conversations were always interrupted by the elders:

Geez! The same nonsense again! There’s no such thing. People dream about it and send fools on a wild-goose chase. There is no such light, or we would have found it. We are here for life. There’s no other world beyond this one—there cannot be! Who knows that light is better anyway? Who could see it except for a few lunatics?

I didn’t know if there were places beyond where we lived. Very few people could reach very far. So much was unknown about the far and away, and very few dared to venture there. Yes, we were used to living in darkness, and at least we knew our environment. We knew what was around us, what we should avoid hitting, who was doing what and with whom, and so on. It was enough for us to survive, but what about my dreams? What about the lights? What about that spectacular landscape? What does “I am the ONE” mean?

The rumors about the far and away were solemn. They told about people who went to the far and away and never came back. When I told people around me about my dreams, they told me they were my imagination being influenced by the rumors. Even one of my close friends told me, “Get over it, bro! Thousands of years ago, some people might have gone to this perfect world and told others about it, but do you get your bread from this perfection? Get on with your business and leave this dream behind!”

Yet I could not leave my dream…

I had another dream one night. I was by a great body of water. It was said that this was called an ocean. Someone was with me, and he showed me something with glasses of water. It’s difficult to recall it right now, but in a way I felt the story didn’t end. When I told my friends about this dream, I saw how excited they were. I had also felt different for some time. I was not alone any more, and seeing this was good for me. But what kind of a threshold were we on?

The following night, I lay down and closed my eyes. I found myself on a beach by that ocean again. This time I stared at the horizon for so long. I had never seen an ocean, yet I was sitting on a beach watching one. I suddenly sensed someone beside me, so I turned and saw the same man from the last dream. This time he appeared to be the same age as me. As if reading my mind, he said, “I want you to see me as your friend. I could appear as a beautiful woman, but then your heart might get involved. It’s better this way.”

“You love this ocean scene, but there are many other scenes we can show you.” He snapped his fingers and we found ourselves on a mountain peak. We were very high, and down below there was a huge world. Once again, he snapped his fingers and suddenly we were in a ruin. I had never seen such a place before, although I had heard of ancient people living in such places. After the people leave or die out, these places deteriorate and become ruins. For the first time, I could actually see one of them. What a beautiful place it was.
The man snapped his fingers once more and we were back by the ocean. He then started to talk:

“Anyway, bring back the person you know best. Otherwise, you could skip the message and just look around. Don’t worry, though, you’ll have plenty of time to discover everything. Now, first feel my message. I’m placing it deep in your heart, so you can deliver it to your friends…”

I took a deep breath and felt the message:

“Until now, you’ve been beautiful beings living in darkness but dreaming of light. You lived in darkness but could not embrace it, because somewhere inside you, you knew there was something else far beyond what you could perceive. Your refusal was a reaction, and it’s good you felt this. It’s like how children test the boundaries set down by their parents. Those rules protect you like a cocoon, but to become a butterfly you need to escape it. The darkness has been your cocoon. It was needed for you to grow and develop, but it’s time to go beyond it. I know you’re aware that you were on a voyage. You left the places you know. You even tried to advance by continuously rocking and hitting things around you. You got so hurt, and part of you started to refuse to go far away for this reason.

There’s not much time left. This is not a trip of salvation from the darkness— it never was. Darkness is the place where you grew up. It was always a part of you, a protective shroud… As far as you know, you accept it and embrace it. You have started moving easily on your voyage, just how the eyes get accustomed to darkness. Refusing darkness is like moving through the dark with your eyes closed. When you open your eyes, your eyes will get used to it. Pretty soon, you’ll come out of the darkness.

This is my message to you. A much more compelling adventure is about to begin, so be ready. The name of this adventure is the voyage of light. You’ll live the most wondrous things you saw in your dreams, but accepting the light will be harder than embracing the darkness. The greatest challenge of humanity is not to accept how dark it has been but rather to realize how much light is within it.

Now, get ready, Hasan! Pretty soon, you’ll see the light. First, it will hurt your eyes, and this won’t go away. Many people will scream for the light to be turned off, and they will try to hide from it. Carry on, however, despite the pain. See your reflection in the first lake you come to, because it will be the first time you see yourself. You will be able to see yourself and others under the light, but then what? Come on! First experience this a little and figure out the rest later. Be ready, you’ll soon awaken and deliver my message exactly. NOW WAKE UP!”

I opened my eyes to the familiar darkness. Some of my friends were also awake, while others were happily snoring. There were fine murmurs coming from some sleepers, and I thought they might also be getting similar messages.

We were getting ready to live something very significant. I felt I had to look at my hands. They had always been with me, but what did they look like? I didn’t know, so it was time to find out. It was therefore necessary to start my journey, but first I had a message to deliver…

Let's Meet in the Light