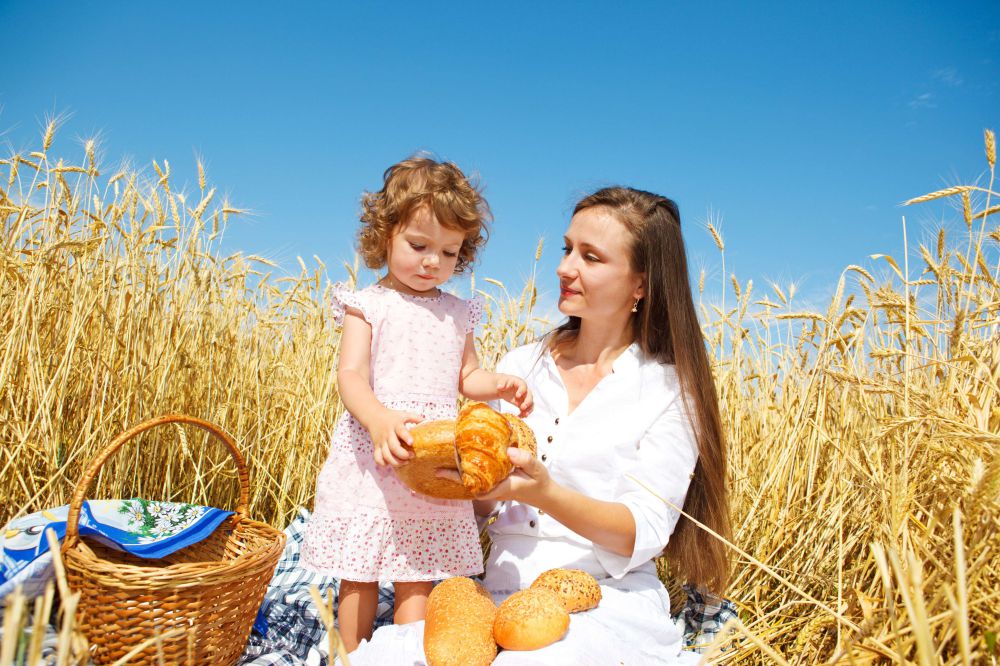 Food habits and preferences are developed and established during childhood, so eating and enjoying fatty, salty, and sugary foods (all full of empty calories) in our early years can continue until we die. Nutrition is undoubtedly essential for a child to grow and develop healthily. A poor diet during childhood can lead to long-term health consequences, such as the development of cardiovascular diseases. Nowadays, children’s diets are no better than, if not worse, than those of their parents. Industrial products like sodas, candies, chips, fries, and processed meats are a major part of almost all children’s diets. When you ask children about their favorite meal, McDonalds is usually their big love. This all means that about 35–40% of their energy comes from fat, with 13–18% of this coming from saturated fat! What’s more, this applies to almost every age. Most, if not all, children have difficulty eating fruits and vegetables. They all prefer to eat hot dogs, pizzas, hamburgers, or a meat-based pasta over some traditional homemade food. My two-year-old French godson prefers saucisson over tomatoes, while the three-year-old son of a Turkish friend of mine prefers meat balls and pasta to Aegean-style vegetables. Have you ever wondered how children get their eating habits? As a parent, have you ever considered how you influence your child’s food preferences?

I believe that dietary habits can be deliberately established. Think about yourself for a moment. Do you eat similar things to your parents, your friends, and the people around you? Within a given culture, people eat broadly similar foods, and there are no fundamental cultural differences in taste sensitivity. Have you noticed a specific preference in your culture, such as for bitter or spicy foods? These preferences usually begin during adulthood. There are some tastes that clearly symbolize maturity. I remember wanting to have a Turkish coffee when I was a kid, but my mom, like every Turkish mother, would tell me, “If children drink coffee, their skin gets darker.” This meant I couldn’t drink coffee until I grew up! In some Hispanic cultures, elderly people judge children’s maturity based on their tolerance to spicy food. Thus, learning to like these initially unpalatable substances is clearly a part of socialization.

Exposure to, and familiarity with, certain foods influences whether we like them. Repeated exposure to a novel food increases our appreciation of it. Familiarity may be a good thing, because new, unknown foods are often considered unsafe to eat, whereas a food we have eaten before without unpleasant consequences is considered safe. Therefore, controlling what children eat influences what they like. Providing children with a healthier diet is likely to increase their appreciation of healthy foods.

However, many factors can render it difficult, and even parental attempts to serve healthy foods could be useless. Advertising, for example, usually promotes the unhealthy foods that parents would prefer to limit. Think about all those colorful commercials with children’s favorite cartoon characters eating jellies, candies, and sugary breakfast cereals… Their friends and peers also promote the less healthy foods, because they’re so popular for a given age group. Nowadays, more and more children become kings and choose their own foods. Of course, their choices are not so healthy. After all, who would want a homemade stuffed bell-pepper when they can have KFC. It’s just not “cool”!

Cognitive factors, such as knowing the benefits of eating a certain food, can also influence preferences. Weight control, health, and hygiene concerns, are example criteria that are taken into consideration. Studies have shown that women are more interested in health issues than men. Some research showed mothers regarded their children’s health as being significantly more important than their own. This means they can be encouraging their children to eat healthy foods while eating unhealthy foods in front of them. How can you make your children eat something when they see you’re so disgusted by it? Do you think it’s credible to say, “You should eat your Broccoli. It’s full of vitamins and minerals,” when you don’t have any on your plate? The food behaviors of parents definitely affect their children’s preferences. So, before complaining that, “My daughter barely eats any fruit,” ask yourself how often do you eat fruit? How often does your daughter see you eat fruit?

Parental attitudes certainly affect the foods children want to eat. Do you value taste over your health? Whatever your answer is, your children will answer the same. Our taste buds learn certain tastes, so the more you cook oily, spicy, sophisticated dishes, the more your child’s tastes become accustomed to them. Of course, everything we’ve learned can be unlearned, but it takes time! So, if you used to eat convenience foods as a child, it will be difficult to change to a raw vegan lifestyle unless you have a serious health problem to motivate you.

So, how should you get your children to eat healthy food? Evidence suggests that children have an insight into which foods are good and bad for them. The problem lies in the conflict between what’s “good for you” and what “tastes good.” We pass our knowledge onto out children at an early age. I still remember my parents’ telling me, “Please don’t eat anymore bread. You’ll get fat.” It follows that children have a pretty good idea about the effects of different food, yet as a parent, you still have problems getting your kids to eat healthy foods. In many cultures, women are responsible for feeding children and teaching them about nutrition, so mothers try to make them eat some things while limiting others. Children, on the other hand, like those limited items and ask for them. Mothers often find their nutritional role in conflict with their ‘peacekeeping’ role. Thus, they need to make compromises over what their children eat. Do you also close your eyes to what your children eat, especially if you’re a single working parent with limited time? Maybe you give your kids whatever they want out of guilt.

Now, how can we encourage kids to eat the foods they dislike and refuse? Should you put forward a persuasive argument, such as by saying, “Eat it up. It’ll do you good”? Should you negotiate and only make them eat half? Or should you promise a reward or threaten a punishment, such as only letting them eat dessert if they finish their greens? I don’t have any children yet myself, but I can see they are very smart, much smarter than we think. If you ever begin negotiating, it becomes a kind of transaction. I suggest leading by example instead. Do the same thing you want them to do! Inspire them with your creative cooking ideas. Integrate them into your cooking process. Children love to participate in family activities, and cooking should definitely be one of these. Children also love to eat what they cook, so get them familiar with fruits and vegetables. They are like sponges soaking up knowledge, so teach them about foods rather than just telling them what’s good for them. Explain why things are good for them.

Children are curious about life, so share your passion with them and be open to new ideas. The sky’s the limit, especially for children, so appreciate their imaginary worlds and boundless creativity. Ask them for help in thinking up new recipes and so on. Ask them do some research for you, as if you don’t know which vitamins and minerals are found in cucumbers. By doing this, you’ll be building knowledgeable, thoughtful, and social adults. If children refuse to eat something you prepared, try revising your recipe. You can find another way to cook something that will be both tasty and healthy. Don’t just try to feed your children but nourish them as well. Educate yourself as well in the process. Your children’s lives, and your own, are precious, so respect them!

Are Soft Addictions Destroying your Life?